If your progress hit a plateau and you feel like “just climbing” is not enough anymore, it is time you should consider starting some supplementary training. Here you will find detailed descriptions of the most popular training protocols for developing both strength and endurance. 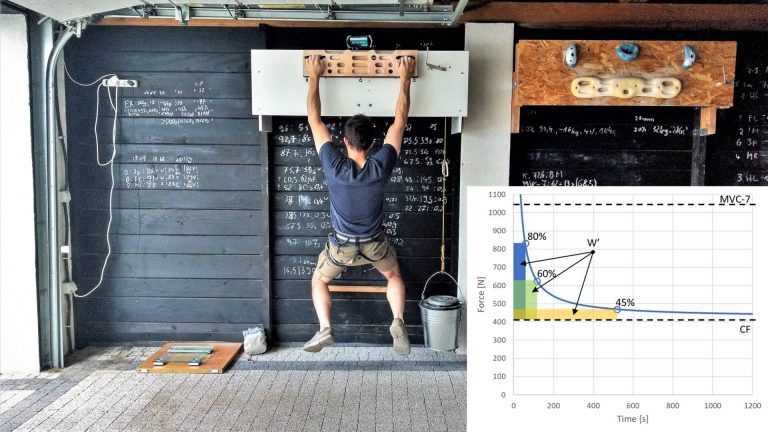 Endurance Repeaters are a less known modification of the standard 7/3 Hangboard Repeaters protocol. The idea behind this method is to perform intermittent hangs until failure, with the load reduced to only 30 – 40% of your maximum voluntary contraction (MVC). Such training is known to introduce adaptations, which include improved capillary density and vascular conductance, increases in size and density of the mitochondria, aerobic enzymes and fat oxidation, as well as sparing of muscle glycogen, reduced rates of lactate (La-) production and enhanced La- removal. Ultimately, you should expect improved oxygen supply to the muscles and better maximal endurance capacity. Give Endurance Repeaters a try if you often get pumped before you even reach the crux on those long sport routes! 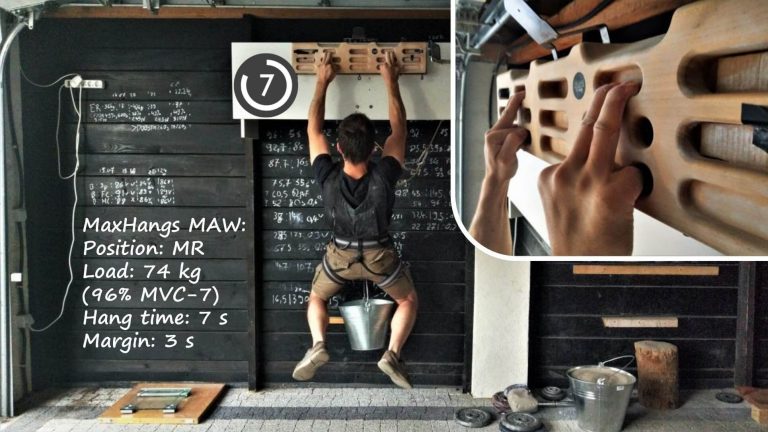 The Maximum Hangs (MaxHangs) protocols were developed and popularized by Eva López. The training protocols are low volume and high intensity, and their effectiveness is scientifically proven! MaxHangs became widely accepted in the climbing community and are among the most popular hangboard protocols. The routine can be executed in two versions, the minimum edge with no added weight (MaxHangs MED) and on a fixed edge depth with added weight (MaxHangs MAW). Both methods trigger neural adaptations through short TUT and high loads.

The Intermittent Dead Hangs (IntHangs) protocols were developed by Eva López for strength endurance training. While similar to the classic Repeaters, IntHangs are generally characterized by lower volume. IntHangs should constitute only a part of a training session and be combined with other activities. lntHangs can be executed in two versions, the minimum edge with no added weight (IntHangs MED) and fixed edge with added weight (IntHangs MAW). Both methods trigger muscle hypertrophy because of the relatively long time under tension (TUT) and medium loads. 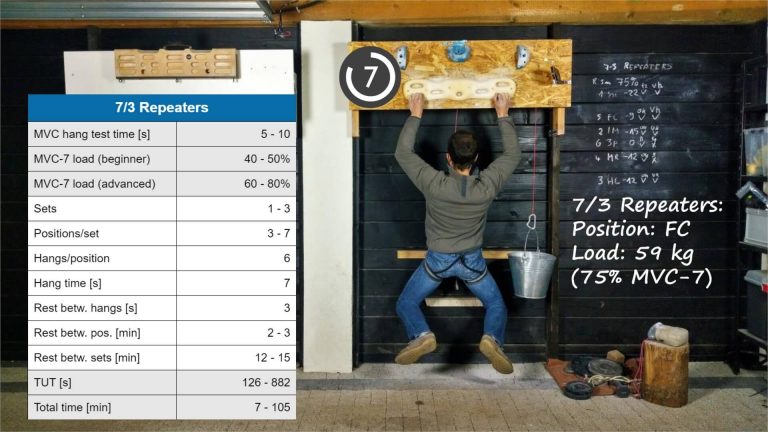 The classic 7/3 Repeaters are a typical strength endurance training protocol, designed to mimic the grip and relax sequence that is characteristic of climbing. The loads used are generally low, compared to the Eva López MaxHangs protocol, or to the Eric Hörst’s “7-53” protocol, which makes Repeaters safer for intermediate climbers. The rest times between hangs are on the other hand very short, typically just 3 seconds, which stimulates the anaerobic lactic energy system and inevitably leads to severe muscle pump. While Eric Hörst doesn’t consider repeaters to be the best strength endurance protocol, he still thinks it can be useful as a pre-season preparation for lead climbers. 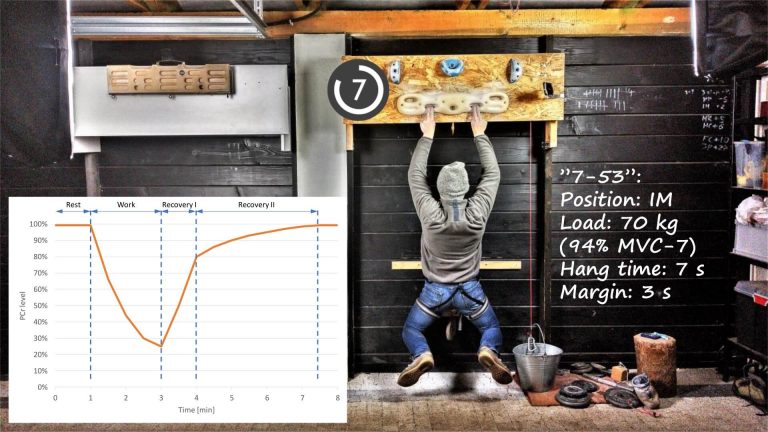 The Maximum Weight “7-53” protocol is a highly effective strength training method developed by Eric Hörst as something in between the classic 7/3 Repeaters protocol and Eva López’s MaxHangs. This highly time efficient protocol is the middle ground between strength and strength endurance training, and it is recommended for intermediate and advanced climbers. With this method, Eric progressed from 22.5 kg to 41 kg added weight on a 14 mm edge and it’s his favorite hangboard protocol!