The Endurance Repeaters Aerobic Endurance Hangboard Routine is a less known modification of the standard 7/3 Hangboard Repeaters strength endurance protocol. Endurance Hangboard Repeaters were discussed by Tom Randall and Ollie Tor in the TBP 114. The idea behind this method is to perform intermittent hangs until failure, with the load reduced to only 30 – 40% of your maximum voluntary contraction (MVC). This makes it a very low-intensity aerobic exercise, which will allow you to build up very slowly towards forearm pump, which is much more similar to what happens on a long endurance route [1].

In endurance sports such as long-distance cycling, running or swimming, endurance is traditionally trained through continuous high-volume (e.g., 60 – 90 minutes) training sessions at relatively low intensity, around 60 – 65% of VO2max [2]. This kind of training is known to introduce adaptations, which include improved capillary density and vascular conductance, increases in size and density of the mitochondria, aerobic enzymes and fat oxidation, as well as sparing of muscle glycogen, reduced rates of lactate (La-) production and enhanced La- removal, ultimately resulting in improved O2 supply and thus maximal endurance capacity [3][4][5][6]. Endurance Repeaters are an attempt to apply the traditional endurance training principles to climbing.

Critical Power and the energy store component in aerobic endurance

To better understand the principles behind modern endurance training theory, we need to explain the concept of Critical Power (CP). CP was introduced to reflect the highest exercise intensity that is solely dependent on a renewable aerobic energy supply. Simply speaking, CP is the maximum power that a muscle can keep up for a very long time without fatigue [7]. You may think of CP as the “maximal aerobic power”, though this particular term (MAP) is used in literature to describe the power output associated with VO2max [8]. Since in hangboard training, we deal with dead hangs, which involve isometric muscle action, we will use an analogous term of Critical Force (CF) instead of CP. The higher your CF is, the harder you can climb while relying on the aerobic energy system. CF can be given in newtons, but it usually makes more sense to express it as a percent of the climber’s maximum voluntary contraction (MVC).

The second important parameter is the so-called energy store component W’, which indicates the maximum amount of work that can be performed above CF. The energy store component is constant, regardless of the used force, as long as the force is higher than CF. Numerous experiments have shown that CF is determined by the muscle oxidative function, while W’ depends on finite anaerobic energy sources and that it can be manipulated independently, e.g., by altering muscle phosphocreatine (PCr) stores [9]. An example of a hyperbolic force-time relationship for high-intensity exercise is shown in Figure 1. MVC-7 is the 7-second maximum voluntary contraction [N], the asymptote is the CF [N], and the colored rectangles represent the energy store component W’ [N·s], which is constant for each measurement point [10].

It is, therefore, clear that both CF and W’ are critical parameters, which are bound to decide between failure and success on long endurance routes. Recent research showed that while CP can be improved by low-intensity training below CP, as well as by interval training above CP, best results and highest time efficiency are reached when training is done precisely at CP [11]. We can, therefore, assume that Endurance Repeaters should yield the best results if done at CF.

Figure 1: Illustration of the force-time relationship for high intensity exercise, according to [10].

The exact procedure to determine CF and W’ by using a hangboard was recently thoroughly described by David Giles, Ollie Torr, Tom Randall, and colleagues [10]. The research team examined eleven 7b – 8b+ climbers. First, they determined each climber’s 7-second MVC on a standardized Lattice Training rung (20 mm deep, 10 mm radius) in half crimp position. Then, they performed intermittent dead hang tests until failure at 80%, 60% and 45% of the climbers’ respective MVC. They found a hyperbolic relationship between the load at which the test was taken and the time to exhaustion (TTE), which is in agreement with general training theory [12].

Critical force does not depend on the maximum strength.

To determine your Critical Force, you can use the calculator below. Input your body weight and your 7-second MVC on a 20 mm edge, followed by respective times to failure for the 7/3 Endurance Repeaters at 80% MVC-7 and 60% MVC-7. For the last measurement you may choose 45%, 50% or 55% MVC-7 load, just make sure that you fail in under 1200 seconds.

The calculator will output your CF and the weight you need to subtract in order to exercise exactly at CF load. You will also receive a brief assessment of your strength and aerobic endurance. The calculator is calibrated for the half crimp grip on a 20 mm edge, to enable a direct comparison with the results published in [10]. The bouldering level prediction is based on the results of the survey published at [13].

The high oxidative capacity index was found to distinguish climbers from non-climbers, but until now no significant differences were found between boulderers and lead climbers. However, to date, all tests were typically performed at fixed 40% and 60% MVC loads [20]. This may have distorted the results, since the tested climbers exercised at various aerobic metabolic intensity domains, below or above their CF. Thus it is suggested that CF should be used for the determination of relative exercise intensities in the future because it represents an intensity that reflects functional aerobic metabolic capacity [10].

Based on her research Kerri McGawley suggested that training at CP, which involves significantly shorter-duration training sessions compared with training below and intermittently around CP (for the same TWD), provides “more bang for your buck” in terms of fitness gains per time spent exercising. She observed CP improvements of up to 24% after six weeks of cycling training at CP. What is more, the gains seem to depend on the TWD, so the longer you train, the better results you get. Of course, even at CP, no exercise can be performed indefinitely, as fatigue will eventually ensue, because of, e.g., substrate depletion, dehydration, hyperthermia or sleep deprivation. Furthermore, given the requirement for anaerobic energy provision at the onset of exercise, exercise at CP is never fuelled solely by aerobic metabolism, and it will eventually lead to W’ depletion [11].  Still, completing a 20-minute Endurance Repeaters set should be generally possible, provided that CF was determined correctly.

The rest interval between sets will depend on how much your energy store component was depleted. Recovery after non-exhaustive exercise can occur in roughly 10 minutes, but after exhaustive exercise, 15 minutes was shown to be enough to recover W’ to only 86% [21][22]. One potential theory is that the reconstitution of W’ is exponential, with a time constant of ~377 s, suggesting a recovery duration of 25 minutes is required [10][23]. If you feel pumped after a 20-minute set, and you want to stay on the safe side, you can even go for 30 minutes rest – TWD at CP is the key, and it won’t hurt your gains if you rest for a bit too long.

Endurance Repeaters are an interesting protocol that can serve as a regular drill to creating a solid base for long endurance climbs. Since it is a low-intensity exercise, it can be a very good introduction to hangboarding for novice climbers, or a warm-up routine before a hangboarding or bouldering session. The developed mathematical model is handy for the determination of the optimum load at which to train aerobic endurance, without unnecessarily stressing the climber. It is possible to easily and accurately calculate the time to failure at a given load, as well as the load required to reach failure at a prescribed time [10]. 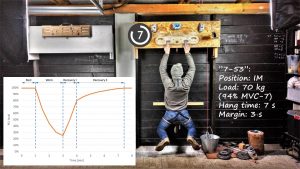 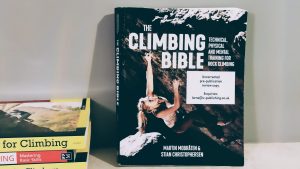 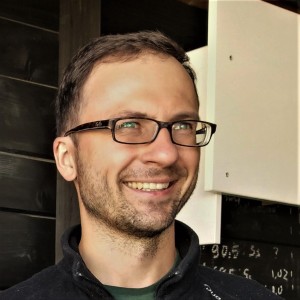 A veteran hangboarder and a Moonboard fan, Jędrzej is crazy about training for climbing. There’s nothing he likes more than trying out different protocols and applying the newly acquired skills on the wall. Jędrzej also enjoys playing the electric guitar, baduk, and reading articles on the science of sports training. He holds a Ph.D. in electrical engineering.
PrevEva López MaxHangs hangboard routine for finger strength
Climbing Critical Force CalculatorNext
Subscribe to StrengthClimbing 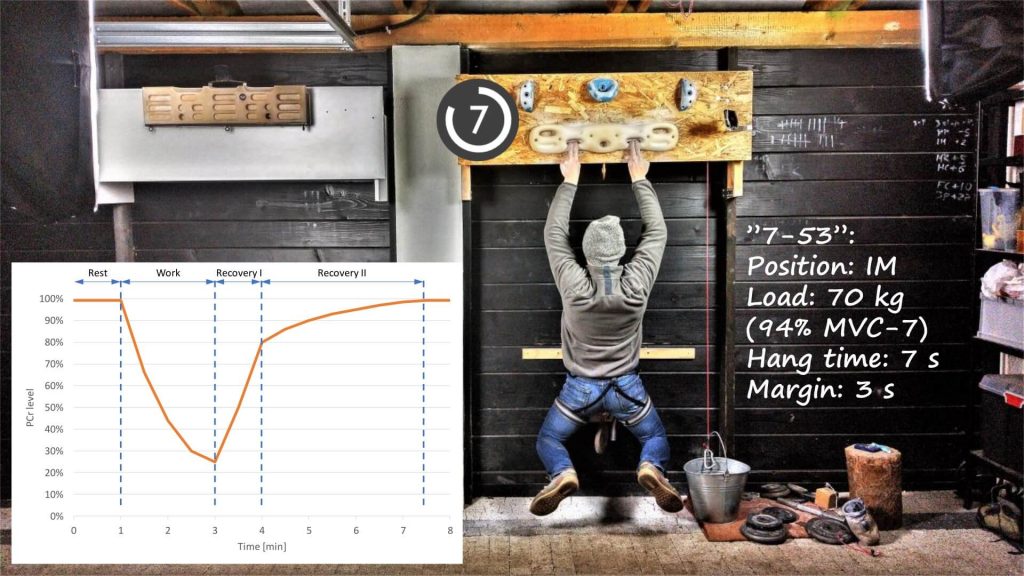 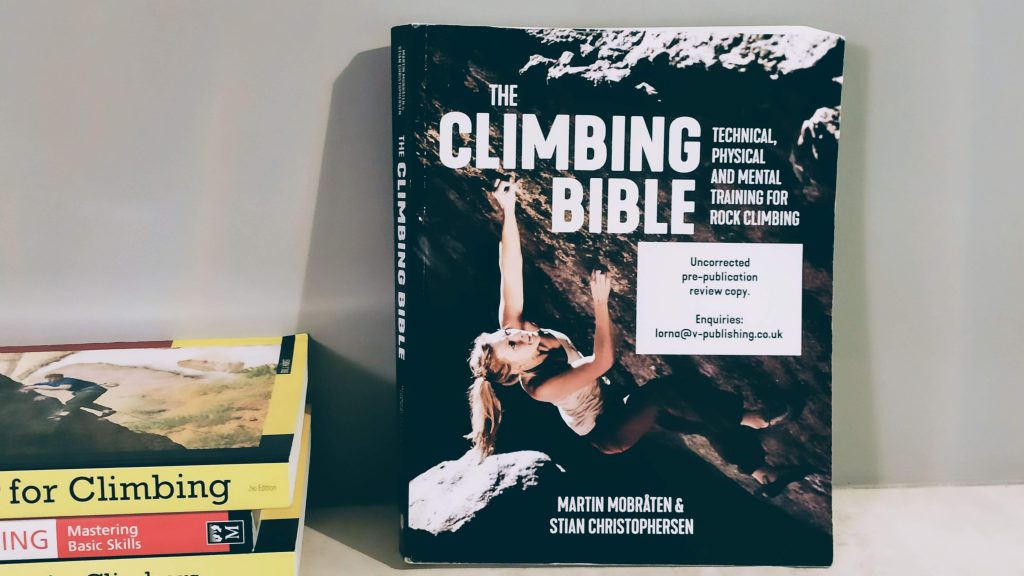